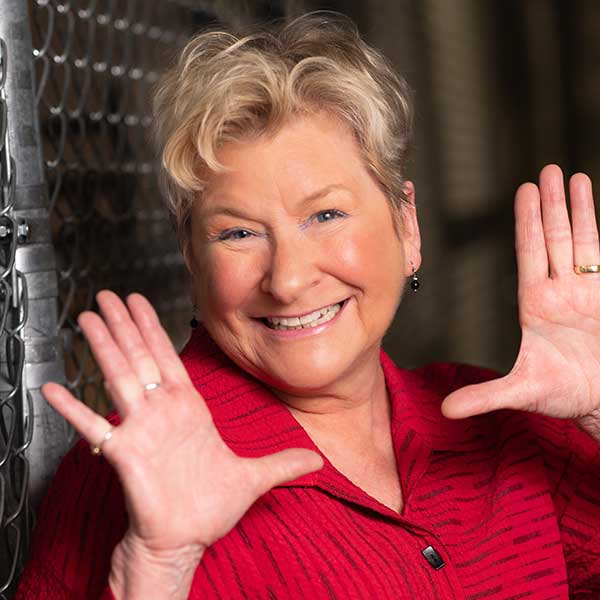 Ever since I watched “Your Hit Parade” and belted out Let Me Go Lover at age 5, I’ve always loved to sing, dance, and perform. My dance lessons included tap, ballet, jazz, and the hula…we performed all over Chicago. I was in musicals in high school and majored in theatre at the University of Illinois, where I played Aldonza in Man of La Mancha and my favorite role, Auntie Mame in Mame. (22 costume changes!)

Then real life took over and I entered the job market with no skills, so I became a Recruiter, which I thought was as close to acting as I could get. This led to a 42-year career placing administrative personnel, 37 of them as the owner of Apple Personnel, Inc. From 1984-2003, I was in a show group called Singsation, a younger version of Alive & Kickin. After that group dissolved, I was songless for a few years, so I joined the Edina Chorale in 2013. It was a good experience, but I missed the “show-biz” of a show group, so I was thrilled when I discovered this wonderful group…I’ve found my home!