Alive & Kickin, the beloved twenty-eight member senior ensemble, led by award-winning Artistic Director Michael Matthew Ferrell and Co-creator/Musical Director Jason Hansen, is set to launch their full-scale theatrical event, “Winds of Change”. The show is a heartwarming performance filled with captivating personal stories about social advancements set to inspiring music of the ages performed by a cast unlike any you’ve ever seen before.

Alive & Kickin is comprised of musically talented individuals that are as unique and special as the stories they tell. Cast members range in age from 65 to 91 years young and each member brings a unique look at the world as it was and is today.

“Winds of Change” is a captivating all-ages show that blends history and storytelling with music as eclectic as Lady Gaga, Queen and Cole Porter. The ensemble received raucous standing ovations during their performance with myTalk 107.1FM at the Pantages Theater last fall and rocked the house alongside numerous local music luminaries – including GB Leighton, Erin Schwab and Ben Bakken – at the Varsity Theater this past winter. Cherry and Spoon theater review reported: “..the women and men of Alive & Kickin are most definitely awesome.“

Alive & Kickin is a non-profit 501(c)(3) organization with a mission to give voice to seniors through live theater performances, community outreach and educational programming. The group, founded and led by Ivey award-winning Artistic Director Michael Matthew Ferrell, known for his work with Chanhassen Dinner Theatre, Children’s Theatre Company and Theater Latté Da, among others, brings together the top Twin Cities professionals in the theater and music scenes to support the cast. 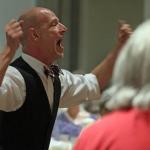 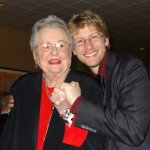 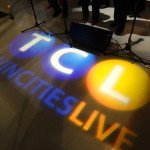 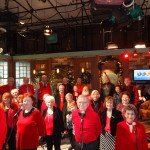 The powerhouse production team includes Co-creator/Musical Director, Jason Hansen, of the Guthrie Theater, Ten Thousand Things, and the Children’s Theater Company, among others, to work musically with the cast as well as the professional musicians who will perform at “Winds of Change”. The band’s members, comprised of saxophonist David Wright, bass guitarist Andrew Forman, rhythm guitarist Troy Hemmer and drummer Paul Hill, can be seen around town each week working at a variety of professional gigs. “The cast deserves the best”, said Ferrell, who works tirelessly to find and book the best videographer, lighting designer, sound designer and stage manager in town for Alive & Kickin. 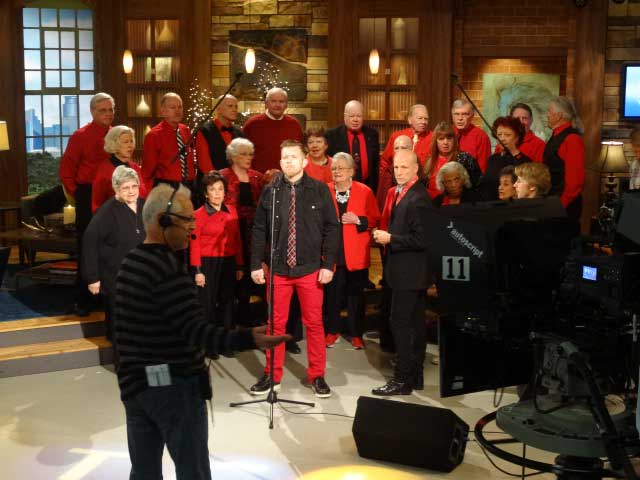 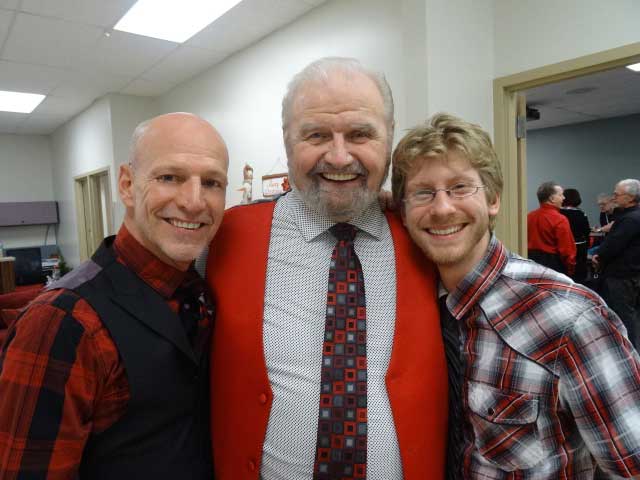 Winds of Change is co-created and directed by Ferrell & Hansen, but the message and content is designed exclusively by the seniors themselves. “We concept the piece and determine the music a full year before the performance even takes place”, said Hansen. “Michael and I then begin the once a week, 4 hour musical rehearsal process with the cast members.” Each cast member is tasked with learning more than 20 songs for the event. “It’s amazing how the weekly rehearsals and our high expectations have improved members of the cast both mentally and physically,” said Hansen. After observing a 2012 Alive & Kickin rehearsal, Graydon Royce, reporter and theater critic for the Star Tribune wrote, “With Alive & Kickin an audience celebrates the determination to perform and to inspire. There is something universal in the performing arts that we often don’t name, but I believe that something is a human need to make joyful noise and be recognized.” 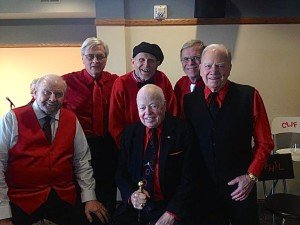 The seniors are each asked to write a story that relates to the theme of the upcoming show. Each cast member’s written piece is then reviewed and refined in collaboration with Ferrell. “It is an honor to work on these personal pieces of history with them”, said Ferrell. “This generation has been completely instrumental in positive social change for our country and beyond. They are the founding mothers and fathers for changing everything from women’s rights to technological advancements. To think about how much positive social change has happened in the past 50 years alone is astounding and personally moving to me. This is a way for us to honor and celebrate the progress.” 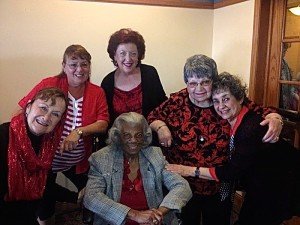 “Winds of Change” is a highly creative show, starring cast members ranging in age from 65 to 91 years young that celebrates and reflects social change that moved us and honors innovative artists who stirred up the music scene.  “Prepare for an explosive ride of emotions,” said Ferrell; “there is usually never a dry eye in the house.” Most people who leave the theater after an Alive & Kickin show report that it’s one of those ‘you had to see that to believe it’ events, as pictures and video just cannot captive the magic of the experience. This all-ages show will touch your heart and take you through a moving musical journey of progress 90 years in the making. Tickets are available now at www.aliveandkickinmn.org, by phone at 952-563-8575 or in person at the box office.

Alive & Kickin  and Bloomington Center for the Arts present

Alive & Kickin gives voice to seniors through personal story and popular song, empowering its members to entertain and enlighten multi-generational audiences. This highly inspirational group of spirited, charismatic seniors spread their musical message as they explore contemporary genres of music ranging from rock & roll to pop, gospel and Motown. The group, led by Ivey Award winning Director/Choreographer Michael Matthew Ferrell and co-creator and Musical Director Jason Hansen, has been welcomed into the professional world of the Twin Cities’ musical theater scene at renowned theater spaces and tours around the state at various senior facilities.

About Bloomington Center for the Arts

The Bloomington Center for the Arts is a focal point for the performing and visual arts for thousands of people in Bloomington and surrounding communities. The Center for the Arts includes two theaters, two galleries, a dance studio and rehearsal space, art classrooms and offices for the facility’s seven resident arts organizations. It is used by the City and the community for arts activities, City functions and private rentals.