In a little more than 24 hours and we will all travel down to the Varisty Theater to put on a show like no other. The cast has been working 4-hour rehearsal days to bring us all an unforgettable night of music. Tickets to “Duets” can be found by clicking here. Part of this experience that has made it unforgettable for us is being able to work with the countless people behind the scenes: myTalk 107.1 staff has been phenomenal in their support on-air and off, Lola Red Public Relations, the TV stations, Heritage Park Senior Service Center for rehearsal space and hospitality, Rock the Cause…the list goes on and on. For the last few weeks, we have been literally reduced to tears…moved and blown away by the talent that has come to share our gifts with us each week at rehearsal. We are so excited to share this experience with you. 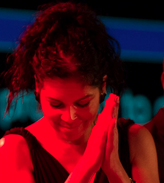 Michelle has been a part of the Twin Cities music scene for over two decades, singing in studios, cabarets, industrials, and with local bands. Most recognized for her pop and R&B work, she currently sings with the legendary Soul Tight Committee and BKS—Kathleen Johnson’s Best Kept Secret. She has toured nationally with Big City and the Old Gold Singers as well as the Voices of Soul Gospel Choir.

She has also enjoyed theatrical roles in Jesus Christ Superstar, Once on this Island, HAIR, The Wild Party, and Smokey Joe’s Café. She can be seen and heard on numerous television and radio commercials, but spends most of her time working with young children as a registered music therapist. She has also served as an artist in residency in gospel music at the St. Paul Conservatory for Performing Artists, and continues to teach and mentor budding performers. She has had the pleasure of working with Michael Ferrell throughout the years, and is proud to be a dedicated fan of Alive & Kickin!

More than 200 shows a year. Jubilant fans who follow him from Minnesota to Mexico. More than 70,000 albums sold. A new release “Get Up” and a state-of-the-art nightclub named after one of his songs — all without the support of a major record label…

Meet GB Leighton, a band named after one of the regions’ most incendiary live performers and consistently solid songwriters, Brian Leighton.  Through more than a decade and eleven studio albums, Leighton and his six piece band have been tearing up rock clubs, festivals and even a few fan’s living rooms with a slew of songs that connect with the heart and couples singing along out on the dance floor.  “A man of the people” is a phrase usually reserved for statesmen and politicians, but for Leighton, it’s a fitting description when you see him in action working a crowd. 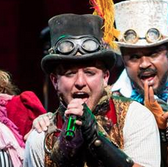 The theatre teacher/director at Hill-Murray School in Maplewood. Most recently you may have seen him as Zoser inTheater Latte Da’s Aida at the Pantages Theatre in Minneapolis. He won an Ivey Award for his portrayal of Jesus in Jesus Christ Superstar at Chanhassen Dinner Theaters. Other credits include: Troy Bolton in the world premiere of Disney’s High School Musical at Children’s Theatre Company; Rocky in The Rocky Horror Show at the Ordway; and Link in Hairspray, Ren in Footloose, Dean in All Shook Up, and Will Parker in Oklahoma! at Chanhassen Dinner Theatres. Ben has also performed with the Minnesota Orchestra and in When a Man Loves a Diva at The Lab Theater.

Bella Diva is The Twin Cities hottest show band featuring an electrifying ensemble of singers, dancers and musicians covering a wide variety of music including pop, R&B, disco, rock, country and jazz.
Lisa’s enthusiasm for singing began when she started singing in talent shows and school productions at the age of 6. Throughout high school and college, vocal jazz was her passion, and her major. After attending the University of Wisconsin Stevens Point, she began her professional singing career at Valley Fair in 1988. Since then, she has been a headliner in such well-known bands as The Rupert’s Orchestra, Temporary Heroes Orchestra, and the renowned vocal jazz group, Moore by Four. In recent years, Lisa has also enjoyed a successful career in the Twin Cities’ musical theater scene*. Theatrical credits include starring at the Ordway’s McNight Theater in “You’re a Good Man Charlie Brown”, and in “8 Track – the Sound’s of the 70’s”. After that, she enjoyed a 14-month run at the Hey City Theater, where she starred in “Smokey Joe’s Café”. Currently, Lisa’s main gig is performing with the high-energy show band Belladiva. She also enjoys singing in a musical review of the “Andrews Sisters”. In addition, Lisa also records jingles and voice-overs around town. 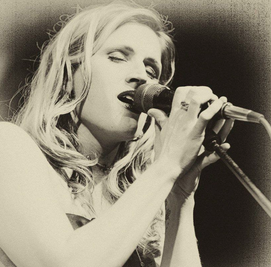 She is the strongest new voice to come out of Minneapolis in many years and her soulful, organic sound has quietly built a very large and loyal following.

While staying indier than indie and completely ignoring the hipster rulebook, through word of mouth with very little radio or media hype, Alison is making the kind of soul music that music fans love. True music lovers have always responded to an amazing voice singing great songs, and they always will- from Aretha to Adele, this is timeless music that transcends style and fashion, something for the silent majority of listeners who aren’t interested in ﬂuffy pop OR the trendy flavor of the month.

Working with multi-platinum guitarist/producer Kevin Bowe (Paul Westerberg, Etta James, Jonny Lang), drummer Peter Anderson (Polara, Honeydogs) and bass player Justin Rieken(Diamondhead, Mick Sterling and the Irresistibles, Cate Fierro), Alison has become one of the most popular live acts in Minneapolis; she has sold out the Dakota Jazz Club over a dozen shows in a row, and is now ﬁlling 500 seat theaters. Alison’s releases have sold over 14,000 units and counting. She has spent the past several months in the studio working on her 6th release, STONE COLD LOVE, an originals album due to release on 5/5/15. 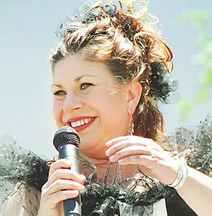 Erin Schwab knows how to work a song, and an audience. She’s built that up over a career in musical theater with the likes of  Tina ‘n’ Tony’s Wedding and the national tour of School House Rock Live! That experience allows her to tackle just about anything under the sun, from covers of tunes by the Police to a selection from Avenue Q to originals based on her years as a working performer. Meanwhile, her warm approach and ability to work a crowd can be heard at local gigs at places like Hell’s Kitchen, The Town House, or her album, Martini’s & Cleavage.

Erin Schwab can be seen performing her Cabaret act with Jay Fuchs at Hell’s Kitchen, Honey and The Townhouse where she also performs with Lori Dokken. She also sings with Metro Jam (metrojamband.com), Robert Bell’s Twin Cities Hot Club and The Wolverines Jazz Trio and Big Band. Most recently, Erin was seen in The Ordway’s Broadway Songbook Series: The Music of Stephen Sondheim, and Theater Latte Da’s Production of Beautiful Thing at The Lab Theater in Mpls and is one of the National Hosts of Sing a Long Sound of Music. Erin is a member of both the Ensemble Department and Voice Department Faculty at McNally Smith College of Music and is the Director of the Musical Theater Ensemble whose most recent productions, The Rocky Horror Show, Stephen Sondheim’s Assassins, Schoolhouse Rock Live! and Rodgers and Hammerstein’s Oklahoma!, played to enthusiastic crowds at the History Theater in St. Paul, Minnesota. 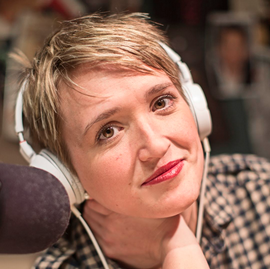 Rock the Cause is a registered 501c3 nonprofit organization focused on combining the power of giving with the power of music. The mission is to help impact your communities by discovering a cause that you can feel good about.