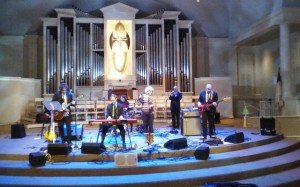 A Night to Remember!

On Stage with Alison Scott.

We rocked the house last night at “Alison Scott’s Soulful Christmas”, a holiday tradition for fans across the midwest. The wonderful experience started from the moment our directors,
cast & crew walked in the door. Michael helped set the stage and warm-ups ran smoothly as well. Alive & Kickin was in the house and we were ready to shake the rafters as Alison’s guests. 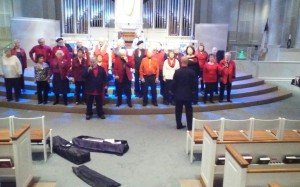 All of us were blown away by the show’s beautiful mix of real soul music and Christmas cheer. It’s true, that audiences can’t get enough of her flavor. Alison had great new original holiday songs mixed with creative reinterpreted classics, and touching real life Christmas stories. We accompanied her on several songs and also performed a few Alive & Kickin favorites as well.

We wrapped the show and it was a night we soon wont forget. Many thanks to our musician friends, new fans, superfans who came to see us and our invaluable volunteers! 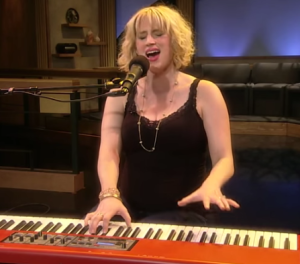 Alison’s BIO:  Alison Scott is the strongest voice to come out of Minneapolis in many ye
ars and her soulful, organic sound has quietly built a very large and loyal following. True music lovers have always responded to an amazing voice singing great songs, and they always will- from Aretha to Adele, this is timeless music that transcends style and fashion, something for the silent majority of listeners who aren’t interested in fluffy pop OR the trendy flavor of the month. Working with multi-platinum guitarist/producer Kevin Bowe (Paul Westerberg, Etta James, Jonny Lang), drummer Peter Anderson (Polara, Honeydogs), bassist Justin Rieken, Alison has become one of the most popular live acts in Minneapolis; she has sold out the Dakota Jazz Club over a 15 shows in a row, and is now filling 500 seat theaters. Alison’s releases have sold over 15,000 units and counting. She has 5 albums out to date, including the holiday album she released in conjunction with her first holiday tour in 2013. Since then Scott has spent a lot of time in the studio crafting her newest album, STONE COLD LOVE, which she released on August 21st and 22nd to sold out crowds at The Dakota Jazz Club. For more on Alison Scott click here.